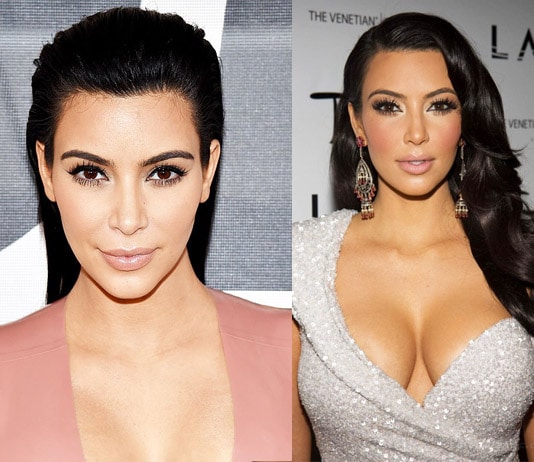 As reality-diva Kim Kardashian is about to become single, filling for divorce from Kris Humphries after just 72 days of marriage, and was seen partying solo at a Halloween, we decided to take a look back to her most fabulous hairstyles through the years. She is the one of celebrity hairstyles that people love.

Kim Kardashian woke up famous in 2007, thanks to the leaked sex tape with R&B singer Ray J. Then, we first saw her sleek and gorgeous black hair, with one of he signature hairdos, sight-parted hairstyle.

In 2008, Kim spotted a wavy bob, looking so young and playful with shorter hair. Though, she soon returned to long layers, many people still believe it was one of the cutest hairdos of the TV diva.

Kim shocked the world yet again in 2009, when she exchanged signature black locks for caramel blonde layers.

The ‘Keeping Up with the Kardashians‘ Star returned back to trademark black locks later in 2009, rocking a soft and wavy Old Hollywood Hairstyle.

Kim looked effortlessly sexy with sleek and straight locks at ‘Dancing with the Stars‘ bash in 2009.

The reality star continued her experiments with hair color and hairstyles, by sporting deep side-parted do with waves and brown highlights at one of the A-List events in 2009.

Besides wearing her vibrant hair down, Kim also likes to bring some glam factor and sport various hairdos, with slick ponytail being one of her favorite hairstyles.

We have also seen the Socialite rocking braid and looking really feminine and elegant with loose braid.

Yet, Kim Kardashian signature hairstyle has been and will be extra long wavy bangs with layers, which give her a sassy and fierce look.

This summer bride-to-be also rocked one of the major hair trends, looking glowing with this elegant hairstyle.

On August 20th, she married NBA Star Kris Humphries, in a lavish ceremony. I just loved her simple yet sophisticated wedding hairdo and diamond headband.